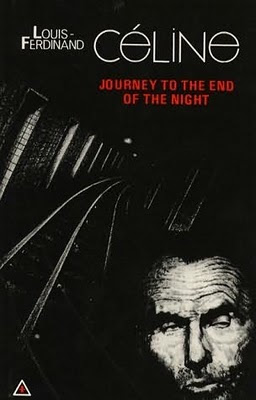 An interesting article for our english-speaking friends...

In his imaginary self-portrayal, the French novelist Louis-Ferdinand Céline (1894–1961) would be the first one to reject the assigned label of anarcho-nationalism. For that matter he would reject any outsider’s label whatsoever regarding his prose and his personality. He was an anticommunist, but also an anti-liberal. He was an anti-Semite but also an anti-Christian. He despised the Left and the Right. He rejected all dogmas and all beliefs, and worse, he submitted all academic standards and value systems to brutal derision.

Briefly, Céline defies any scholarly or civic categorization. As a classy trademark of the French literary life, he is still considered the finest French author of modernity — despite the fact that his literary opus rejects any academic classification. Even though his novels are part and parcel of the obligatory literature in the French high school syllabus and even though he has been the subject of dozens of doctoral dissertations, let alone thousands of polemics denouncing him as the most virulent Jew-baiting pamphleteer of the 20th century, he continues to be an oddity eluding any analysis, yet commanding respect across the political and academic spectrum.

Can one offer a suggestion that those who will best grasp L.F. Céline must also be his lookalikes — the replicas of his nihilist character, his Gallic temperament and his unsurpassable command of the language?

The trouble with L.F. Céline is that although he is widely acclaimed by literary critics as the most unique French author of the 20th century and despite the fact that a good dozen of his novels are readily available in any book store in France, his two anti-Semitic pamphlets are officially off limits there.

Firstly, the word pamphlet is false. His two books, Bagatelles pour un massacre (1937) and Ecole des cadavres (1938), although legally and academically rebuked as “fascist anti-Semitic pamphlets,” are more in line with the social satire of the 15th century French Rabelaisian tradition, full of fun and love making than modern political polemics about the Jewry. After so many years of hibernation, the satire Bagatelles finally appeared in an anonymous American translation under the title of Trifles for a massacre, and can be accessed online.

The anonymous translator must be commended for his awesome knowledge of French linguistic nuances and his skill in transposing French argot into American slang. Unlike the German or the English language, the French language is a highly contextual idiom, forbidding any compound nouns or neologisms. Only Céline had a license to craft new words in French. French is a language of high precision, but also of great ambiguities. Moreover, any rendering of the difficult Céline’s slangish satire into English requires from a translator not just the perfect knowledge of French, but also the perfect knowledge of Céline’s world.

Certainly, H.L. Mencken’s temperament and his sentence structure sometimes carry a whiff of Céline. Ezra Pound’s toying with English words in his radio broadcasts in fascist Italy also remind a bit of Céline’s style. The rhythm of Harold Covington’s narrative and the violence of his epithets may remind one a wee of Celine’s prose too.

But in no way can one draw a parallel between Céline and other authors — be it in style or in substance. Céline is both politically and artistically unique. His language and his meta-langue are unparalleled in modern literature.

To be sure Céline is very bad news for Puritan ears or for a do-good conservative who will be instantly repelled by Céline’s vocabulary teeming as it does with the overkill of metaphorical “Jewish dicks and pricks.”

Trifles is not just a satire. It is the most important social treatise for the understanding of the prewar Europe and the coming endtimes of postmodernity. It is not just a passion play of a man who gives free reign to his emotional outbursts against the myths of his time, but also a visionary premonition of coming social and cultural upheavals in the unfolding 21st century. It is an unavoidable literature for any White in search of his heritage.

These weren’t Hymie jewelers, these were vicious lowlifes, they ate rats together… They were as flat as flounders. They had just left their ghettos, from the depths of Estonia, Croatia, Wallachia, Rumelia, and the sties of Bessarabia… The Jews, they now frequent the guardhouse, they are no longer outside… When it comes to crookedness, it is they who take first place… All of this takes place under the hydrant! with hoses as thick as dicks! beside the yellow waters of the docks… enough to sink all the ships in the world…in a décor fit for phantoms…with a kiss that’ll cut your ass clean open…that’ll turn you inside out.

The satire opens up with imaginary dialogue with the fictional Jew Gutman regarding the role of artistry by the Jews in the French Third Republic, followed by brief chapters describing Céline’s voyage to the Soviet Union.

Between noon and midnight, I was accompanied everywhere by an interpreter (connected with the police). I paid for the whole deal… Her name was Natalie, and she was by the way very well mannered, and by my faith a very pretty blonde, a completely vibrant devotee of Communism, proselytizing you to death, should that be necessary… Completely serious moreover…try not to think of things! …and of being spied upon! nom de Dieu!…

…The misery that I saw in Russia is scarcely to be imagined, Asiatic, Dostoevskiian, a Gehenna of mildew, pickled herring, cucumbers, and informants… The Judaized Russian is a natural-born jailer, a Chinaman who has missed his calling, a torturer, the perfect master of lackeys. The rejects of Asia, the rejects of Africa… They were just made to marry one another… It’s the most excellent coupling to be sent out to us from the Hells.

When the satire was first published in 1937, rare were European intellectuals who had not already fallen under the spell of communist lullabies. Céline, as an endless heretic and a good observer refused to be taken for a ride by communist commissars. He is a master of discourse in depicting communist phenotypes, and in his capacity of a medical doctor he delves constantly into Jewish self-perception of their physique... and their genitalia.

The peculiar feature of Céline narrative is the flood of slang expressions and his extraordinary gift for cracking jokes full of obscene humors, which suddenly veer off in academic passages full of empirical data on Jews, liberals, communists, nationalists, Hitlerites and the whole panoply of famed European characters.

But here we accept this, the boogie-woogie of the doctors, of the worst hallucinogenic negrito Jews, as being worth good money!… Incredible! The very least diploma, the very least new magic charm, makes the negroid delirious, and makes all of the negroid Jews flush with pride! This is something that everybody knows… It has been the same way with our own Kikes ever since their Buddha Freud delivered unto them the keys to the soul!

In the modern academic establishment Céline is still widely discussed and his first novels Journey to the End of the Night and Death on the Installment Plan are still used as Bildungsroman for the modern culture of youth rebellion. When these two novels were first published in the early 30’s of the twentieth century, the European leftist cultural establishment made a quick move to recuperate Céline as of one of its own. Céline balked. More than any other author his abhorrence of the European high bourgeoisie could not eclipse his profound hatred of leftist mimicry...

Thanks to Giovanni Z. for the news!
Pubblicato da Andrea Lombardi a 10:35 6 commenti: 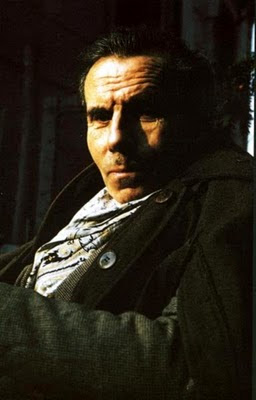 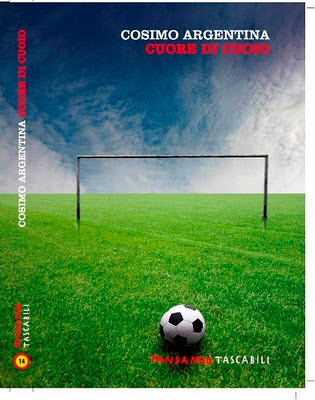 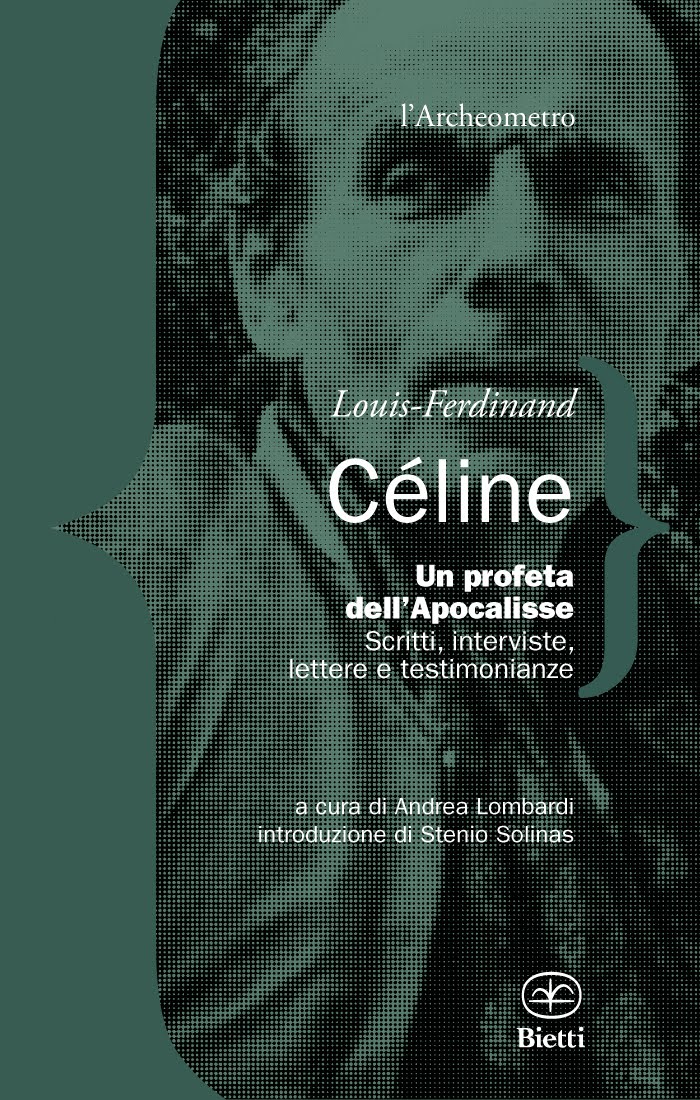 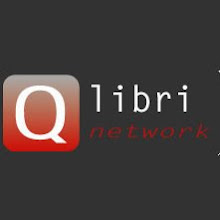